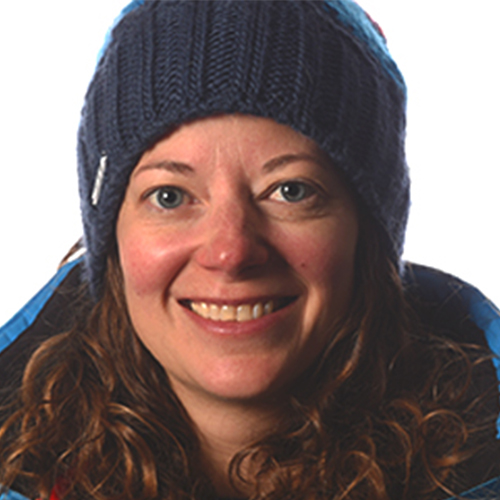 Hailing from the plains of Illinois, Allison moved to the mountains of Colorado in 2005 to work as ASC's Development Director after working in development for a men's homeless shelter and the YMCA. In 2008, she left the ASC to build the first development office at the Rocky Mountain Biological Laboratory.

After successfully completing a $10 million campaign by raising more than $12 million, she returned to her former position at the ASC in September 2014. In her free time, she enjoys camping, hiking, fishing, nordic and alpine skiing, and hanging out with her husband and children Lottie and George.

Why did you choose to work with people with disabilities?
I was lucky to grow up in a community where people with disabilities were integrated in the school systems and the entire community.   I think because of that and my parents' morals I became passionate about helping others.  One of my first jobs in high school was working at a children’s home for kids with severe and profound mental and physical disabilities. It was a challenging job, and it made me realize that everyone, no matter their ability, had something to celebrate and appreciate. And I liked feeling like I was making a difference. That feeling is why I have worked in non-profits my entire career.

What’s your favorite thing about working at the Adaptive Sports Center?
The people!

You Can Do This See The Dryer Family's Story

We can only do what we do thanks to
the life changing support of these partners.